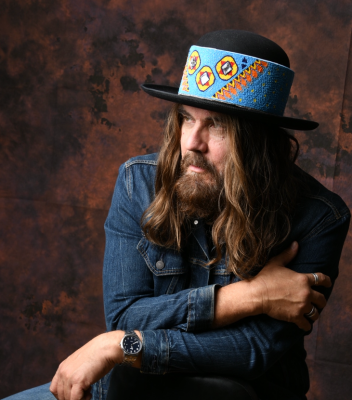 Tom Wilson is a Canadian music legend, famed storyteller and visual artist. Wilson’s memoir, Beautiful Scars published by Penguin/Random House has become a national bestseller. In his memoir, Wilson reveals the impact of discovering his indigenous heritage. Musically, Wilson is best known for his work with Blackie & The Rodeo Kings and Lee Harvey Osmond, the latter receiving a 2020 Juno Award for the album “Mohawk. 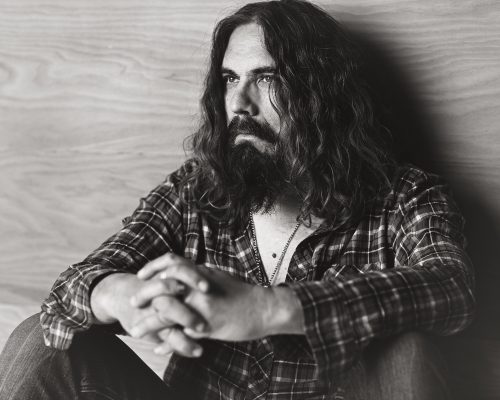 In 1989 Wilson became the founder of the popular rock band Junkhouse.The band quickly grew in popularity and in 1993 signed a recording contract with Sony Music Canada. Lead by Wilson, Junkhouse skyrocketed in the 90’s, producing three albums, Strays, Birthday Boy and Fuzz, before disbanding. The style and success of Junkhouse has been an inspiration to many young Hamilton artists. Wilson recorded his first solo album Planet Love (2001) for Sony Music.

It was also during this time that Wilson starting dedicating more of his time and energy to his second passion, painting, “I needed an outlet besides writing music and there is a great meditative bond I found between me and the canvas”. His art show “Beautiful Scars: Mohawk Warriors, Hunters and Chiefs” premiered at the Art Gallery of Burlington and his work “The Mystic Highway” was  commissioned by the Canadian Academy of Recording Arts and Sciences for a 30’ x 30’ reproduction legacy piece adorning John Street in Hamilton.The painting pays homage to the rich history of Hamilton musicians and performers from past.

In 1999, as a result of their shared love and admiration for one of Canada’s great musical treasures, the late Willie P. Bennett , Wilson along with Stephen Fearing and Colin Linden formed what would soon become the highly acclaimed roots music supergroup Blackie and the Rodeo Kings. 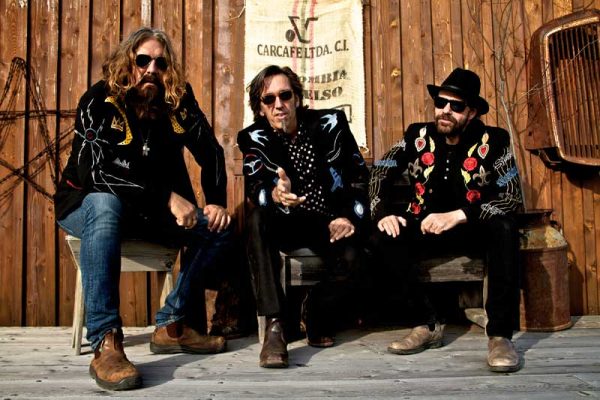 The Rodeo Kings have produced ten albums and have toured throughout North America and Europe. While Wilson created solo albums, Planet Love and Dog Years (2006) , it was with his collaboration with producer and Cowboys Junkies founder Michael Timmins that he found and settled into a new voice . The result is Wilson’s genre defining, alter personae Lee Harvey Osmond. “Acid folk” was born in an old garage off Clinton Avenue in Toronto. With Timmins production and Wilson’s baritone, LHO has become the soundtrack and the voice for the art of Tom Wilson.

In 2017 Wilson  released his highly anticipated memoir through Penguin/ Random House/Doubleday Publishing. In the memoir, Wilson offers a profoundly moving and humorous look at family, his hometown and identity after a chance encounter with a stranger caused him to question everything he had always known about his past.